Answer a few simple questions and click "Find My Loan"

Stafford loans are fixed-rate loans for undergraduate and graduate students attending college at least half time. Provided under a federal government program, Stafford loans provide an excellent educational funding resource for US citizens and permanent residents.

Because the program is controlled by the US federal government, interest rates can be very competitive.

Stafford loans are either "subsidized" or "unsubsidized", based on the student's financial need.

Subsidized Stafford loans have a lower maximum limit than unsubsidized loans but the government pays the interest rate while the student is in school.

Sometimes known as William D. Ford Federal Direct Loans, these are the most common type of education loans in the US. In fact, 32.8 million recipients borrowed a total of $705 billion in 2017.

These loans are backed by the U.S. government, so if a student defaults, the government guarantees to repay the lender. That is the reason Stafford loans offer lower rates than private loans.

Students must be accepted into a college or university that is accredited to accept federal loans and complete the Free Application for Federal Student Aid (FAFSA) before applying for a loan.

To use any federal loan to pay for your education, you must be enrolled in a program offered by an accredited school.

You can use the loan comparison tool on this site to see whether the school you are considering is accredited for federal loans.

You can use federal student loans to study abroad if your school is already apart of the federal student aid program. You will need to complete the Free Application for Federal Student Aid (FAFSA) if you haven't already.

Contact the financial aid office at your school in the United States to determine which type of aid you can use and what paperwork will be required.

What's the difference between subsidized and unsubsidized loans? 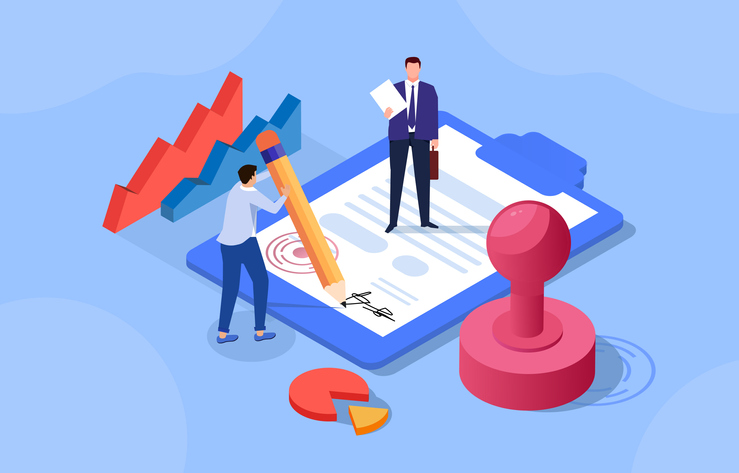 Subsidized Stafford Loans are awarded based on financial need. They are interest-free until you begin repayment, which begins six months after you graduate or drop your enrollment to below half-time. You will also not be charged interest during periods of deferment. During these times, the federal government “subsidizes,” or pays, the interest.

Unsubsidized loans are not awarded based on financial need; any eligible student can take out Unsubsidized Stafford Loans. For these loans, interest begins to accrue immediately, and students are responsible for paying the interest, even while enrolled.

With unsubsidized Stafford loans the accrued interest is added to the loan balance, increasing the total amount and, ultimately, the cost of the loan. Most students will not start making these payments until after graduation.

Both subsidized and unsubsidized Stafford loans require the completion of the FAFSA.

To receive a subsidized Stafford loan, you must be able to demonstrate financial need.

All students are eligible for the unsubsidized Stafford loan regardless of financial need.

Direct Unsubsidized Loans are available to both undergraduate and graduate students, including:

In order to receive either a Direct Subsidized Loan or Direct Unsubsidized Loan, you will need to be enrolled at least half-time in a school that participates in the Direct Loan Program. Generally speaking, you must also be enrolled in a program that will lead to a degree or certificate awarded by the school. Your school will determine the type of loan(s), if any, and the loan amount you are eligible to receive each academic year.

The main difference between the types of Federal Stafford Loans is how interest is handled.

The interest on a subsidized Stafford loan will be paid by the government while students are in school or while loans are in deferment.

Meanwhile, the interest on an unsubsidized Stafford loan will be paid by the student and is added to the loan balance.

Are there any fees?

There are annual and aggregate loan limits in place.

The Annual Loan Amount is a limit on the amount of subsidized and unsubsidized loans a student may borrow in any year, set by the U.S. Department of Education.

The Cumulative Loan Amount is the aggregate amount of subsidized and unsubsidized loans a student may borrow in their lifetime.

It depends on whether you’re an undergraduate student, a graduate or professional student, or a parent.Undergraduate students, the maximum amount that you can borrow each year in Direct Subsidized Loans and Direct Unsubsidized Loans ranges from $5,500 to $12,500 per year, depending on what year you are in school and your dependency status.If you are a graduate or professional student, you can borrow up to $20,500 each year in Direct Unsubsidized Loans. Direct PLUS Loans can also be used for the remainder of your college costs, as determined by your school, not covered by other financial aid.

If you are a parent of a dependent undergraduate student, you can apply for a Direct PLUS Loan for the remainder of your child’s college costs, as determined by his or her school, not covered by other financial aid.Are graduate students eligible for Subsidized Loans?

Find out the current rates and limits at studentaid.gov/understand-aid/types/loans/subsidized-unsubsidized

Subsidized Loans are only available to undergraduate students.

To apply for a Stafford Loan, you first must complete the Free Application for Federal Student Aid (FAFSA) or Renewal FAFSA. After the FAFSA is processed, your school will review the results and you will receive an "Award Letter" informing you about your loan eligibility. You may then apply for the Federal Stafford loan. If you have not already submitted your FAFSA, you can complete the FAFSA online at studentaid.gov/h/apply-for-aid/fafsa.

There is no credit check required for Stafford Loans.

There are no cosigners on Federal Stafford Loans.

If you are a first-time Direct Loans borrower, you will be required to attend entrance counseling before your loan funds are sent (disbursed) to your school. Some schools require in-person counseling, but many offer online counseling. You will learn about the loan terms, conditions, and requirements during the counseling session.

You will also be required to sign a Master Promissory Note (MPN) before the loans can be disbursed.

The Direct Loan program sends the funds to your school to be credited to your student account. In most cases, your loan is disbursed in two installments for both semesters. Your loan money will be used to pay your tuition and fees. If loan money remains, your school will credit your account or pay you directly. Lenders send the funds directly to your school.

If you're a first-year undergraduate student and this is the first time you've borrowed a Stafford Loan, you may have to wait 30 days after your enrollment period begins before your first disbursement. Your school's financial aid office can advise you on whether this is the standard procedure there.

Loan funds are credited to your account in this order:

If any loan funds remain in your account, the credit balance will be refunded to you by check, cash, debit card, or electronic funds transfer (EFT) to your bank account. Remember, the refund must be used to pay for your direct and indirect education expenses, such as textbooks, supplies, and equipment.

Can I get more Direct Subsidized Loan funds?

Direct Subsidized Loans have annual and aggregate limits that cannot be increased. However, if you received less than the maximum Subsidized Loan award for your academic level and your financial situation has changed significantly since you filed your FAFSA, you should talk to the financial aid administrator at your school to find out if the subsidized loan award can be increased.

Can I cancel a Stafford Loan?

You will have a six month grace period after you graduate, leave school, or drop below half-time enrollment before you are required to begin repayment on your loan. You will receive repayment information from your loan servicer during this period, and you’ll be notified of your first payment due date. Payments are generally due monthly.

There are four repayment plans available:The Standard Repayment Plan requires a fixed amount (at least $50) to be paid each month for up to 10 years.

You can choose other repayment plans, such as extended repayment, income-driven repayment and graduated repayment.

The Perkins Loan has been discontinued as a federal loan option. Schools can no longer make new Federal Perkins Loans since Sept. 30, 2017.

Do I have to apply for a Stafford Loan every academic year?

Yes. This is because each year, the amount of aid for which you are eligible is determined by your FAFSA. Federal Stafford Loans do not “renew” automatically.

Can I receive a Stafford Loan if I have poor credit?

The Stafford Loan is a need-based loan, not a credit-based loan. Your eligibility is governed by your FAFSA submission, not your credit report.

However, if you are currently delinquent or have previously defaulted on any federal student loans, you may not be eligible to receive any form or federal financial aid. Contact the US Department of Education for more information about rehabilitating your delinquent or defaulted education loans.

How long does it take for my loan to be processed?

The loan process, including the FAFSA review, eligibility review, and approval from the lender can take from nine to ten weeks.

Deferment is temporarily postponing a repayment.